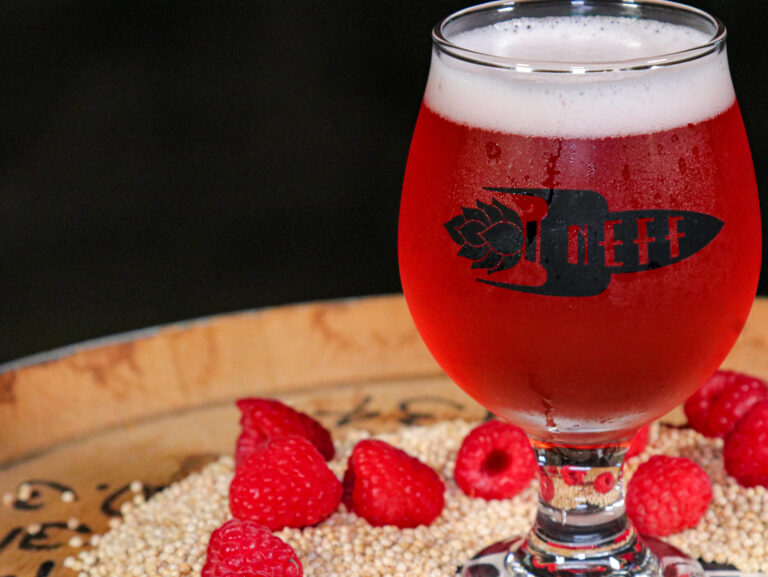 NEFF Brewing is proud to serve the greater Tulsa area and beyond. Located in the national historic building known as “The Dock,” we are smack dab in the middle of downtown Tulsa’s Blue Dome and East Village Districts. With a beautiful art-deco taproom and large covered patio for outdoor seating, NEFF Brewing is a craft beer destination in Tulsa.

NEFF Brewing is a family owned business, founded by father & son team, Jon & Jonathan Neff. Their brewing venture began when Jonathan was diagnosed with celiacs disease in 2012. After he was told that he could no longer drink “regular” beer with out having an allergic reaction, Jonathan began his search for quality, craft, gluten-free beer. Disappointed with what was available in the market, Jonathan utilized his background in chemistry & engineering and began his adventure into homebrewing of gluten-free beers.

After years of recipe formulation and research on how to make a truly gluten free beer that everyone could enjoy (even “regular” craft beer drinkers), countless trials & errors, and LOTS of taste testing Jonathan decided it was time for a change in career path. Abandoning his graduate degree at Cornell University and his career as a laboratory chemist, Jonathan left school, moved back to Tulsa and NEFF Brewing was formed.

Since opening in 2018 NEFF Brewing has won awards for both it’s beer and it’s food, both judged against a gluten-full competition. NEFF Brewing crafts beers which are naturally gluten-free, specializing in brewing with new types of artisan malts of millet, buckwheat, rice, & quinoa, creating delicious beers that are “Brewed For Everyone.”

Come visit us at 321 S. Frankfort Avenue, just south of the BoxYard! Cheers!

CHECK OUT OUR BEER

stay in our orbit